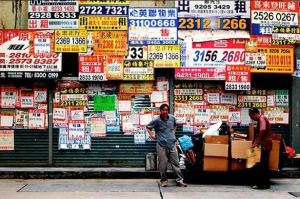 When a website’s popularity begins to spike the interest of brands and media agencies as a potentially lucrative advertising space, it is seen as a “coming of age”, the site has generated a level of readership or popularity that means it is now valued commercially and can join the plethora of other “professional”, “respected” sites which boast those blinking, colourful, branded advertising squares.

In the industry, this is known as “Display” Advertising, those banners you seen running along the header of a page, the “Skyscraper Units” which dominate the flanks or the full “Reskin” where the entire page itself is decked out with a brand’s colours and logo.

Brands all over the world treat this form of advertising as a staple of their media spend. Some of the UK’s busiest sites for inbound traffic (Daily Mail, Mumsnet and YouTube) offer their “space” to the highest bidders.

My question is – are Display ads worth it?
A common theme from those who feel negatively towards advertising is that, as a form of communication, it irritatingly and relentlessly shouts for your attention, like a petulant child who wants you to buy him something and when I think about Display ads, I can sympathise with this.

Yes, like most ad formats, Display units are tailored to the audience, so if I am a car manufacturer, a Reskin of “WhatCar” magazine’s site would be a fair recommendation from my media agency. However, many display ads are bought on an automated or “Run of Site” basis meaning a publisher which straddles numerous different pages/topics offers their entire site to you, so my car marque could be appearing on Horse&Hound.co.uk as well.
It is this element of “Placement” which detracts from any good that Display could be doing and turns us off, turns us blind.

The strongest example of this is a recent BBC news story entitled “Jihadvertising” (http://www.bbc.co.uk/news/uk-28240422) where a respected UK charity and the British Government had both chosen a popular video hosting website as a good place to gain some awareness, they selected “book-end” adverts (seen before or after video content), they paid the fees and sat back – safe in the knowledge they would be getting great levels of exposure across the sites many and varied videos.
Unfortunately, the placement/matching of ads with video content was an automated process and the charity and government adverts were shown at the start of Jihad videos by Islamic State of Iraq and Syria group (ISIS) who were looking to radicalise Muslims for terror purposes.

Given that I work in the ad industry, my usage of online ads should be heightened, but in reality I cannot remember the last display ad I clicked on, I am at a stage where my vision is like looking through a sniper scope, focused intensely on the core content, ignoring the titillating, neon flashes urging to “Click Now” which surround me.

The advertising titan Leo Burnett puts my feelings into words perfectly, (albeit over 60 years ago)…

“I am one who believes that one of the greatest dangers of advertising is not that of misleading people, but that of boring them to death.”

On researching that quote, no quicker had I read it and scrolled down the page than a Tesco Mobile “£10 per month top up now” pop-out advert leapt from the screen slobbering its discounts and deals all over me. The result?
…I instantly closed the webpage.

So, are display ads worth it? I’ll let you decide.