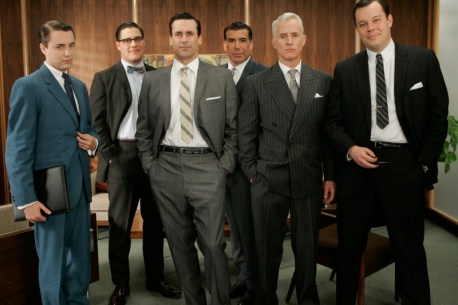 On entering the fabled advertising industry four years ago, I managed to gain a place on the Graduate Accelerate Scheme of a highly respected, integrated agency which saw me rotate throughout all of the disciplines it offered.  On my first morning, I dressed how I believed a young 21st century London adman should, but in reality probably resembling a 1970s German golfer, I strode into the immense river side glass building to report for duty.

As I would be working in every department over that first year, the first day was spent being introduced to the disciplines within the agency; Creative, Planning & Analytics, Account Management and Media Buying.
A distinctive memory from that day was how, in their own styles, the head of each department proudly described their discipline as the agency’s “Engine Room”.

First on the list was a Lead Creative Director, a tower of a man, northern, confident and seemingly plugged-in to anything cool, he described how creative work was the lifeblood of any agency, without it – there was “no end product, no tangible output”. With Music pumping in the background and bursts of colour filling every wall space, he led myself and the other awestruck graduate through the department. First he pointed out Copywriters “masters of communication – these guys can give you feelings or sorrow, happiness, horniness and everything in-between all with a pencil and paper”. Art Directors were next, “colours, composition, form – visually these guys and girls have an innate sense for aesthetic… it’s a gift”. It was clear to see that this was where all the conversation and deliberation came alive, became real, there was very genuine electricity about the group, it felt like the Engine Room.

Next we were whisked to a long, open-plan boardroom on the top floor, where we waited, and waited. Eventually a petite, smart man entered; full of charisma he introduced himself softly as a “Planner”. Organised, forthright and sharp he proceeded to show us a breath-taking communications campaign, all the while he explained how it had been achieved and the reasoning behind why everything was chosen. Planners were clearly the academics,  I remember thinking that none of the electricity I had just witnessed downstairs could come to anything without such “raison d’etre”, without the wealth of intelligence which seemed to flow from this little man. The Planner ended his presentation and said he looked forward to welcoming us to the heart of the agency when our time came.

After this we were taken to what can only be described as a miniature London Stock Exchange crammed inside a floor of the building. Phones rang, people barked, no one seemed to use their chair and everyone seemed to speak in rates, percentages, totals, decimals, dollars, euros and pounds sterling. This was the Media department. Led though this warzone I remember thinking that a masters in Mathematics and a caffeine addiction were likely pre-requisites, the Media Director reminded me of a TV presenter and described how none of the thinking, or creativity would ever see the light of day if it wasn’t placed properly by a media buyer. From TV air time to Facebook ad space, this department seemed to have a finger in all client pies.

Last was Account Management. A woman floated into our meeting room holding two mobile phones, a laptop and a notepad, she threw them nonchalantly onto the table jumped into a chair and said “What’s happening Juniors!?” with a huge smile.
Over the next 15 minutes she proceeded to describe everything about the agency from the politics between departments, to definitions & terminology. She informed us who was who, who did what, who was best and who was worst, who was useful and who was not, agency strengths, weaknesses and secrets, all of which was done whilst responding to emails on her laptop and calls on her phones. After this human-shaped information tornado left the room, myself and the other graduate were clearly asking the same internal question, “how the agency even functions without this type of individual, this understanding which is so core and central?”.

In a 7 hour day we had been introduced to four Engine Rooms, all claiming to be the integral heart of the agency.
Is any one of them more crucial than others? Can any survive autonomously or are they all dependant on each other?
Four years later and I am an Analyst who is still asking the question; which is the true agency “Engine Room”?