“What is the most valuable part of a business?” whispered my softly spoken
World Economy professor in lecture one of freshman year at Business School.

A question I have since found evokes such dramatically different answers depending on the recipient. It’s something I’ve discussed over the last few years ever since being pitched it in that lecture…

So then, a range of people and a range of distinct answers, all arguably correct in their own right.
But for me, the most powerful answer came from the same professor who’d originally asked me all those years ago, his answer was “visibility”.
At first I didn’t buy this, but the more I think about it, the stronger it becomes.

However, despite being so crucial, visibility is something I find is undervalued in the industry of advertising. At times, we quite literally give it away.

Ask any in the industry and they will agree that visibility i.e. measurement and reporting on performance is often given to clients as a “gift”, an “added bonus”, free of charge or worst of all, not offered at all.
I am lucky enough to work at an agency who genuinely value visibility but in the past I’ve been exposed to some incredibly large and influential global organisations who simply ignore the need to know how things are going, ignore visibility.

There are two main causes of this; (a) the client and/or agency lack confidence in the work and so assume the stance of ignorance is bliss, “we spent a lot so it must have gone really well”. Cause (b) is over complicating visibility, approaching it with such trepidation that Account Handlers prefer to sweep it beneath the carpet than frighten a client with it on a cost sheet.

This is something we need to change. 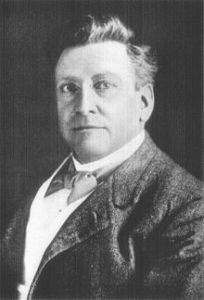 There is a famous saying, the author of which varies depending on where you reside in the world, in the UK William Lever (founder of Unilever) said it, in the States it was the automotive pioneer Henry Ford. Whomever first uttered the phrase, it remains powerful today “Half of the money I spend on advertising is wasted, the problem is I don’t know which half”.

My past three years have been spent understanding what success and effectiveness look like for brands, and then commoditising the means to measure it. As agencies it is our responsibility to provide proper visibility to the client, and it is the client’s responsibility to value this enough to pay for it.

Whilst I attack the industry mind-set on the concept of visibility it is necessary to reference those who have embraced it and lead the way; the likes of Jay Walter Thompson (JWT) and Abbot Mead Vickers (AMV BBDO) place measurement at the core of their work and their resultant industry awards are testament to this.

These agencies can offer guidance, but there are other areas of society where the power of visibility is undeniable.

In 2010 the Wall Street Journal reported that average global daily trading topped $6,000,000,000,000 (trillion), this was done by gaining visibility over the immense number of variables moving at a rapid pace in the market.

Last year the British Home Secretary Theresa May reported that the UK Security Services had foiled over 40 terrorist plots since the 7/7 bombings. This was done by analysing intelligence, thus gaining visibility of the immensely complex and hidden events occurring.

These are areas which advertising can learn from.

As I’ve said in previous posts, advertising trades in the most complicated commodity known to man; human cognition. So we should be pushing the envelope with how to gain visibility on this. Let’s borrow from stockbrokers, brain surgeons and spooks to become the masters of visibility.

But most importantly, lets provide our clients with such useful visibility that they’re willing to pay for it.