When quizzed about why they do the job they do, many people may not be able to recall a specific reason let alone a decisive moment in time. I am not one of these people…

It was October 1998, I was 10 years old.
I had returned home from swim practice and after consuming my “reward dinner” of jacket potato with cut-up ham, myself and my sister sat like so many our age, gazing at the TV. It was during an ad break when a Public Information Film (PFI) crept discreetly onto the screen.
Here it is…

By the time the black end-frame emerged, I was influenced. Whether it was the narrator’s clever misdirection or the girl’s blood curdling scream, I had been emotionally jolted, out of my gaze, almost out of my seat.

Leaving you with the visual of me sat in my Manchester United pyjamas, clutching a half eaten KitKat, mouth agape in horror; I now fast-forward to present day to tell you why I’m writing about this early experience.

Working in advertising, you learn there are a variety of different approaches one can take to communicate a proposition and a simple way to categorise these straight off the bat is either Emotional or Rational.
Within the ‘Emotional Communication’ category lives the type of advert which had influenced me so tremendously as a youngster, the shock tactic.

As a 27 year old I still believe this type of ad to be the most interesting and compelling. The type which makes you grind to a halt whilst leafing through a magazine… 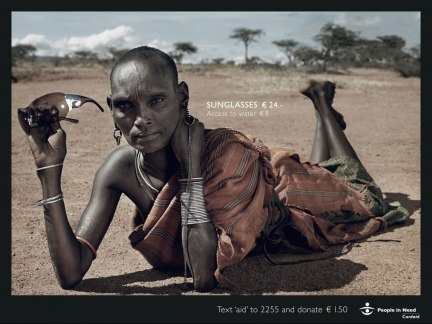 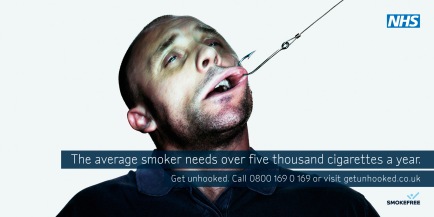 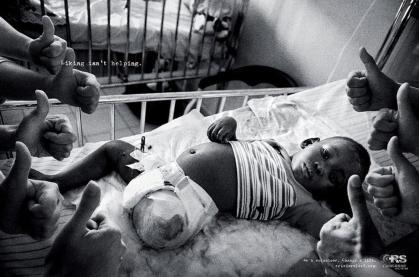 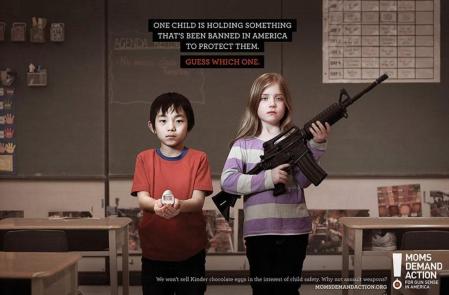 …or leaves you with a knot in your stomach far into the next part of your sitcom. This is what communications are about, moving people.

To explore this a little more, I have collated some of the most exceptional and acclaimed examples of disturbing and shocking advertising; they have all achieved different awards be it a citation in the Warc Top 100, an IPA Effectiveness Award or a Cannes Creativity Award.

They are all about public awareness.

They all have an informative, benevolent, humanitarian message from a charity or government department. These ads are for non-profit organisations, concerned with bigger concepts than sales.

This has sparked a thought for me; is the disturbing ‘shock tactic’ only acceptable if the proposition is about donating to charity, driving slower or quitting smoking? Or are we just as receptive when the shock tactic is used for commercial gain?

To answer this question, I have selected two examples of commercial brands using shock tactics, the brands are obviously not looking to shift a societal behaviour about safety or charity, but shift product…

So, we have an unsettling ice cream brand and haunting alcohol brand, both of whom are attempting to gain customers on a deep, hedonistic level, how were they received?
They generated much more controversy than their public sector counter parts.

Bacardi’s Judderman was banned after parents complained to the UK’s Advertising Standards Authority (ASA) that the spot was frightening children. The spot was also voted the “Scariest Ad of All Time” in a UK poll.

Why are these adverts less palatable than watching a father scream for help clutching his dying son in an empty park? Or watching a boy crush his mother to death in a car crash?

It is arguable that the philanthropic nature of public sector awareness films (about safe driving or charitable donations) mean they can push the shock scale further than any commercial brand would be allowed, without the risk of complaints.

But I feel those looking to sell products should be permitted to shock us too.

Advertising is a derivative of the Latin “ad vertere” meaning to turn toward something, its about magnetism and sometimes the best way to do that isn’t with a functional product description or colourful and juicy discount, its with something which plays with our emotions, both positive and negative.

I began this post with reams of research, from psychologist Daniel Kahneman’s work on brain activity, “instinctive versus rational brain signals” to studies on censorship and the ASA’s criteria for banning adverts.

…But in fact I didn’t need any of this reading and note making, my point is simple; 17 years ago someone’s bold, shocking style influenced me. Today I am part of that bold industry and I want to see such daring communications applied to more types of client.